The ACSUG has been annually conducting the evaluation of the research activity of the temporary and non-permanent hired teaching staff of the University of Oviedo as a prerequisite for the granting of a remuneration supplement by this university, based on the six-year research terms.

Last Friday, January 15, the meeting panel of experts took place (some members in person at ACSUG headquarters and others by videoconference). This panel of experts was made up of 24 evaluators, appointed from among full professors and lecturers from the three Galician universities. Previously, an evaluation was carried out by named pairs according to the area of knowledge of each of the candidates. These pairs issued a score and a report of each request, with which the commission worked together, resolving the concession of 56 six-year research terms to a total of 46 temporary and non-permanent contract professors from the University of Oviedo 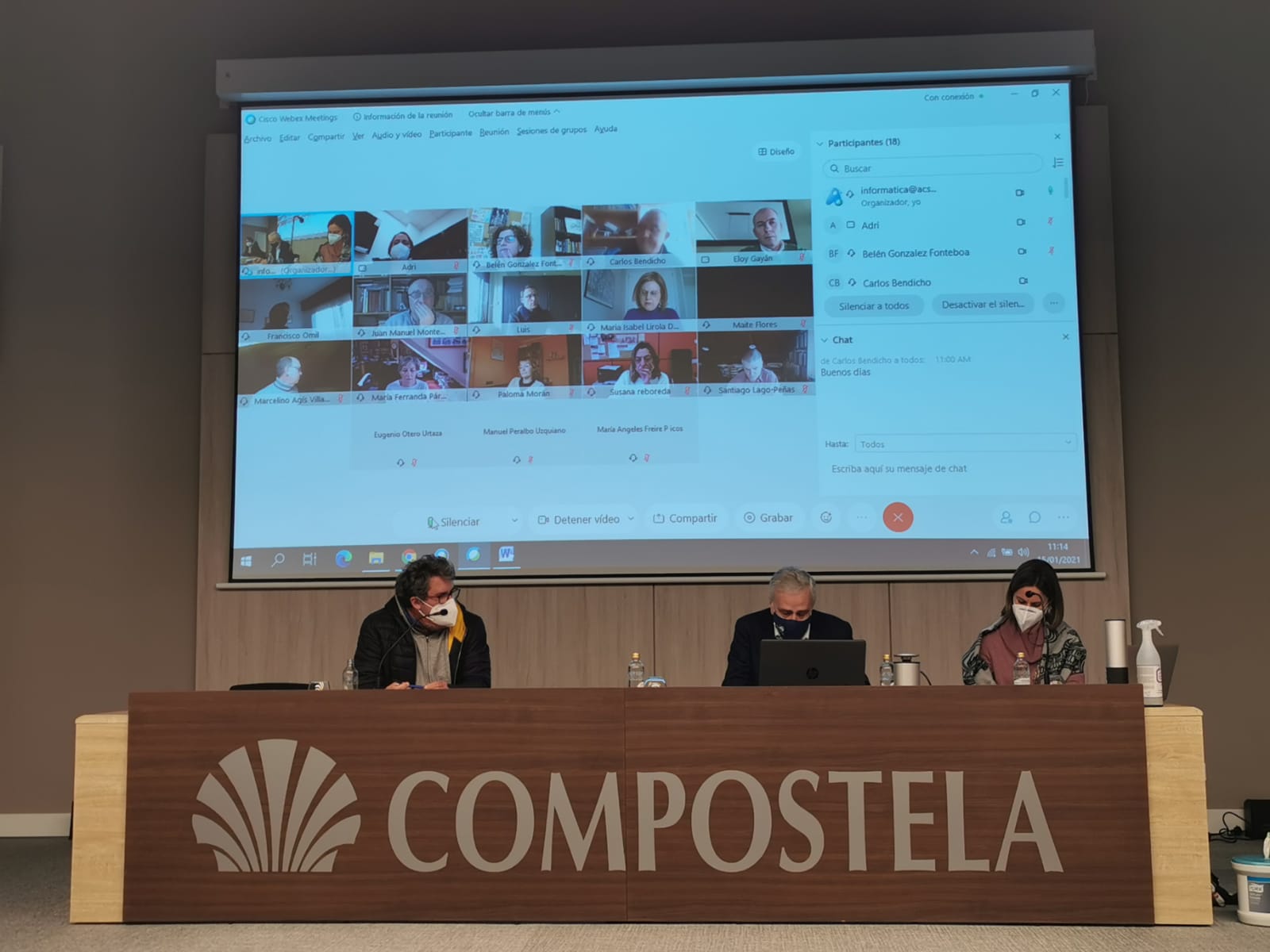